Surban: The Next Big Change to the American Landscape

The residential construction industry is shifting away from the suburban template that exploded in popularity in the 1950s to a new template we call surban™. In the analysis below, we will show you some thriving new home development examples and survey statistics that demonstrate the strong consumer shift.

Both consumers and city planners have changed their preferences away from a large lot, auto-centric environment to one where housing, employment, and retail coexist in the suburbs. 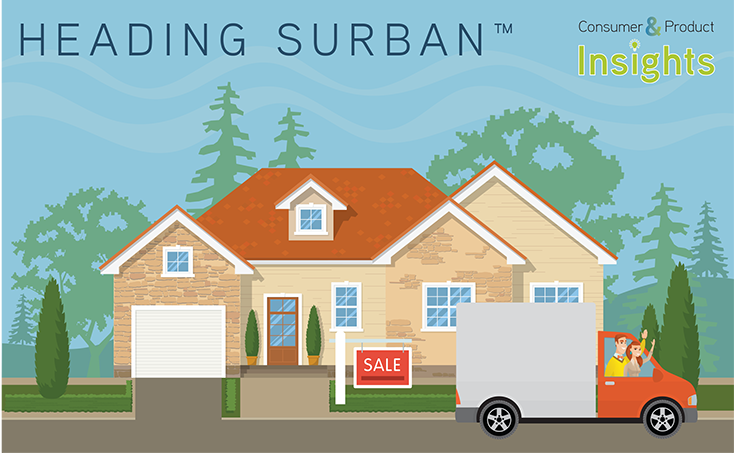 The proliferation of the traditional suburban template that began in the 1950s was fueled by the convergence of all four influencers identified in Big Shifts Ahead:

Suburban land planning models drew heavily from this template. They are often: 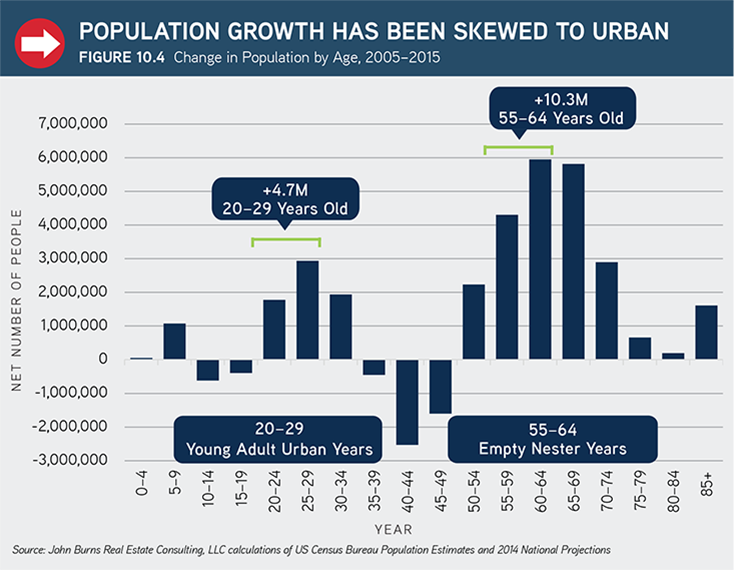 While urban living has some exciting advantages such as walkability, ample and convenient entertainment, energy, and interactions, it also has some significant drawbacks such as poor schools, more crime, expensive parking, very high housing costs (rent or buy), and a higher cost of living. Because of these drawbacks, young adults, like the generations before them, are heading to the suburbs to start their families. However, they’re working to take the best of urban with them.

Witness the birth of surban living. Often referred to as mixed-use, surban describes a suburban area with an urban feel, blending the best of urban living (characterized by ample restaurants, public transportation, walkability, bikeability, shopping, and entertainment) with the best of the suburbs (lower prices, lower crime, and better schools). These areas also tend to be more conducive for socialization than pure suburban communities.

The surban concept is growing and being executed across the country, and we’ve got the numbers to show the burgeoning interest in this concept. We recently completed a nationwide survey of new home shoppers with the help of 39 builder and developer partners. The survey captured the preferences and opinions of 23,720 new home shopper respondents. Here is what we found: 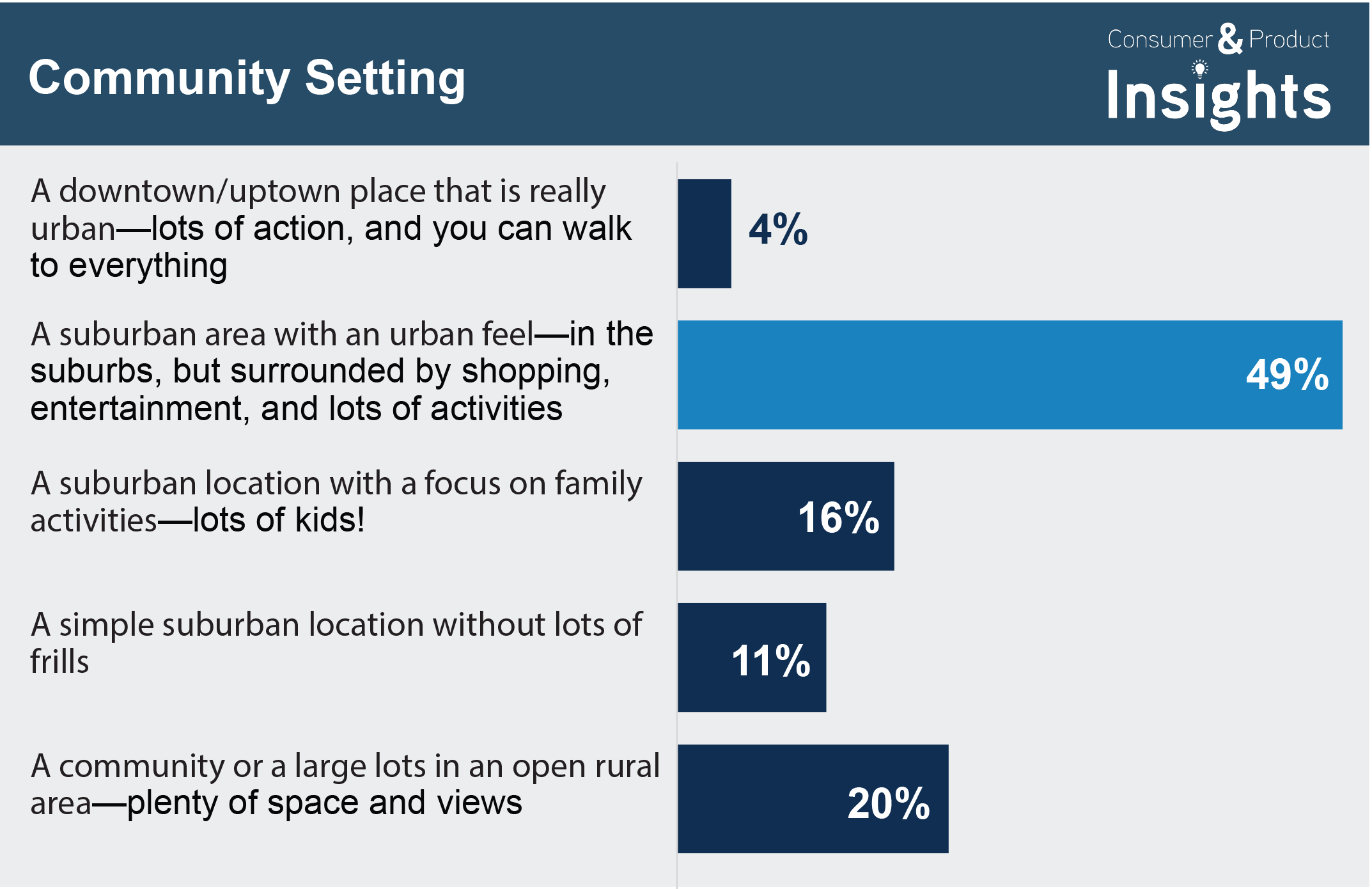 Surban areas are especially popular with non-family shoppers, but even 30%+ of family new home shoppers are still interested in surban areas, a share that rises as the children get older. 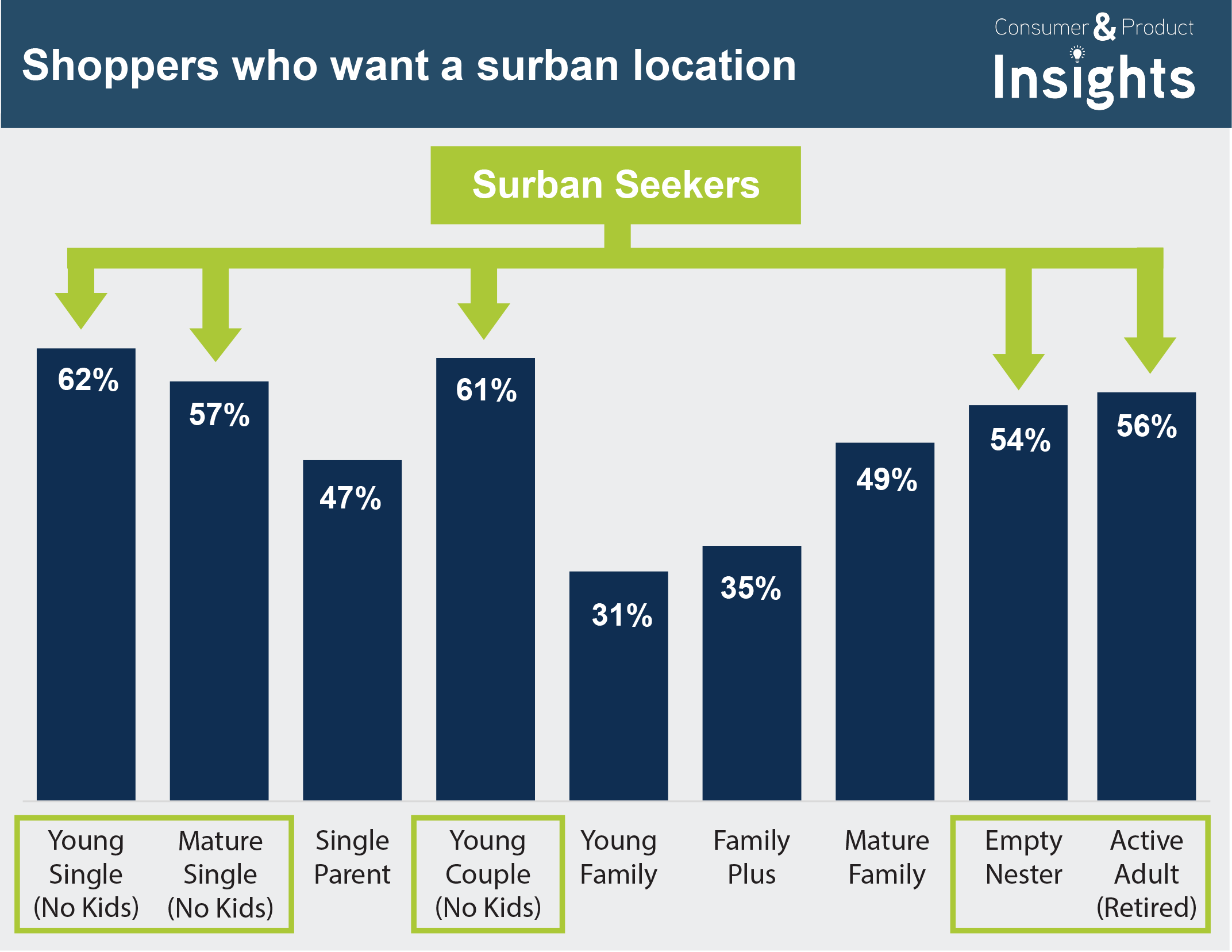 The following examples of surban communities come from our DesignLens™ database, a resource for information about innovative community and product design.

La Floresta masterplan, Brea, CA: La Floresta includes a mix of higher-density housing and an integrated retail center with restaurants, offices, and retail, including a large Whole Foods. Clusters, small-lot detached, and attached homes give this community a total net density of approximately 9 homes per acre. A unique feature of this surban community is its age-qualified section. 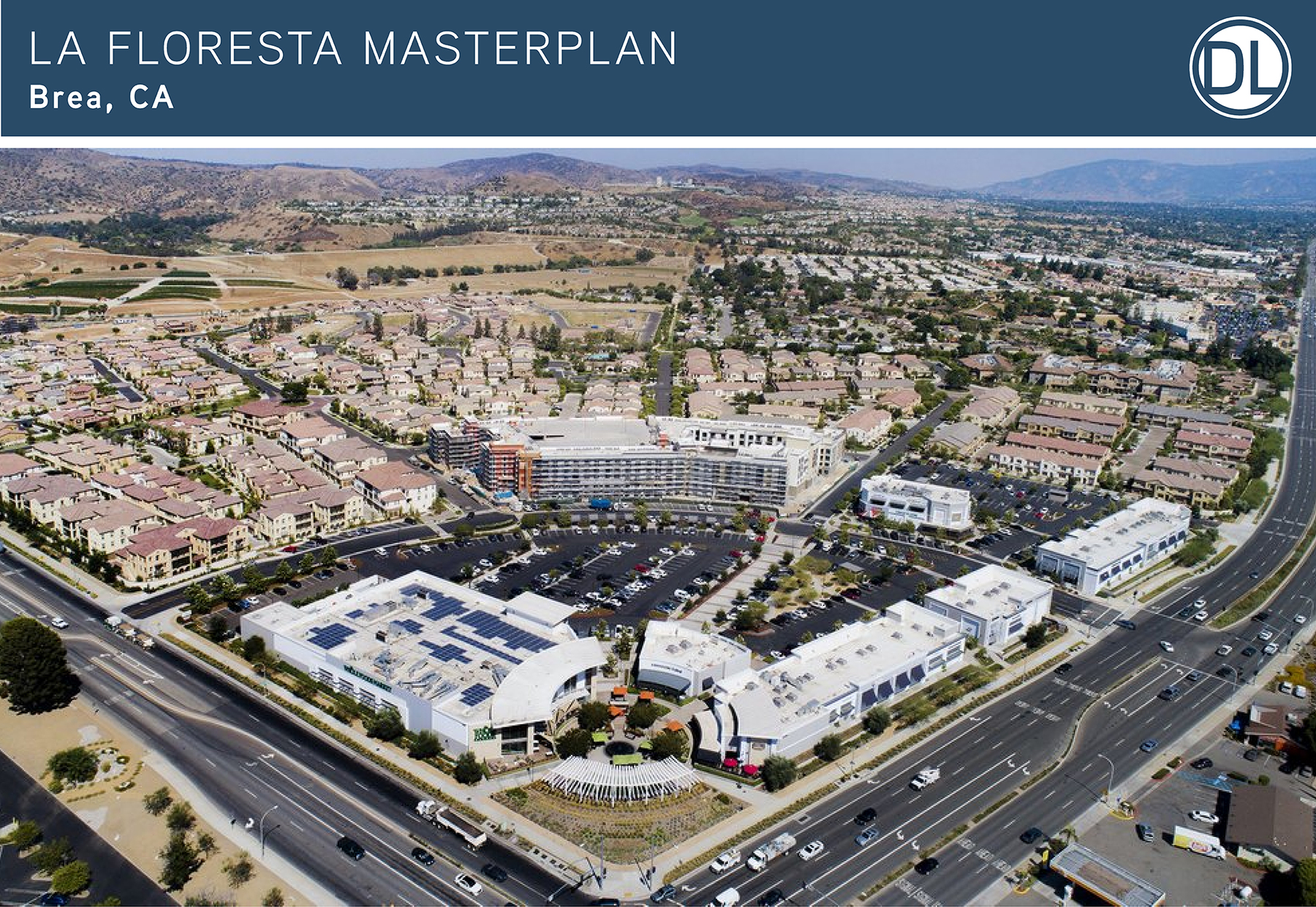 Brambleton masterplan, Brambleton, VA: What started as a more suburban community has shifted to have a more surban feel due to its town center and strategic placement of higher-density townhomes. The walkable community gives residents a lot of what they need without ever having to leave the community, including retail, entertainment, and outdoor gathering areas. 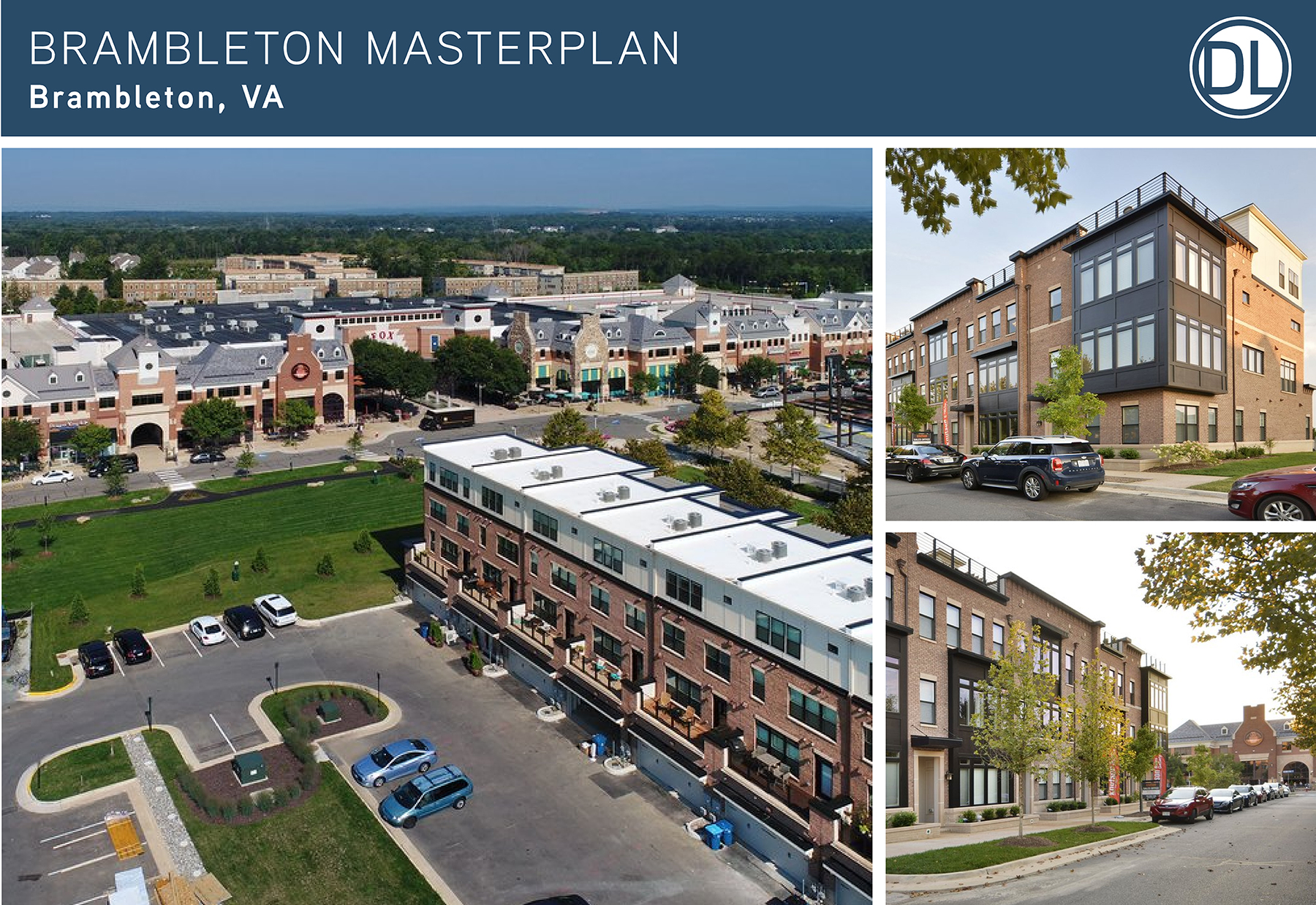 Avalon masterplan (highlighted in the Mansell Townhomes feature), Alpharetta, GA: Located in a very suburban city outside of Atlanta, Avalon integrates a massive retail area, office spaces, apartments, and a whole section of higher-density for-sale housing. The developer created a strong connection between the for-sale housing and retail center, welcoming residents to come and visit. The Avalon town center is popular with residents of the community as well as the surrounding area and can be found filled with people even when all the stores are closed on a holiday. 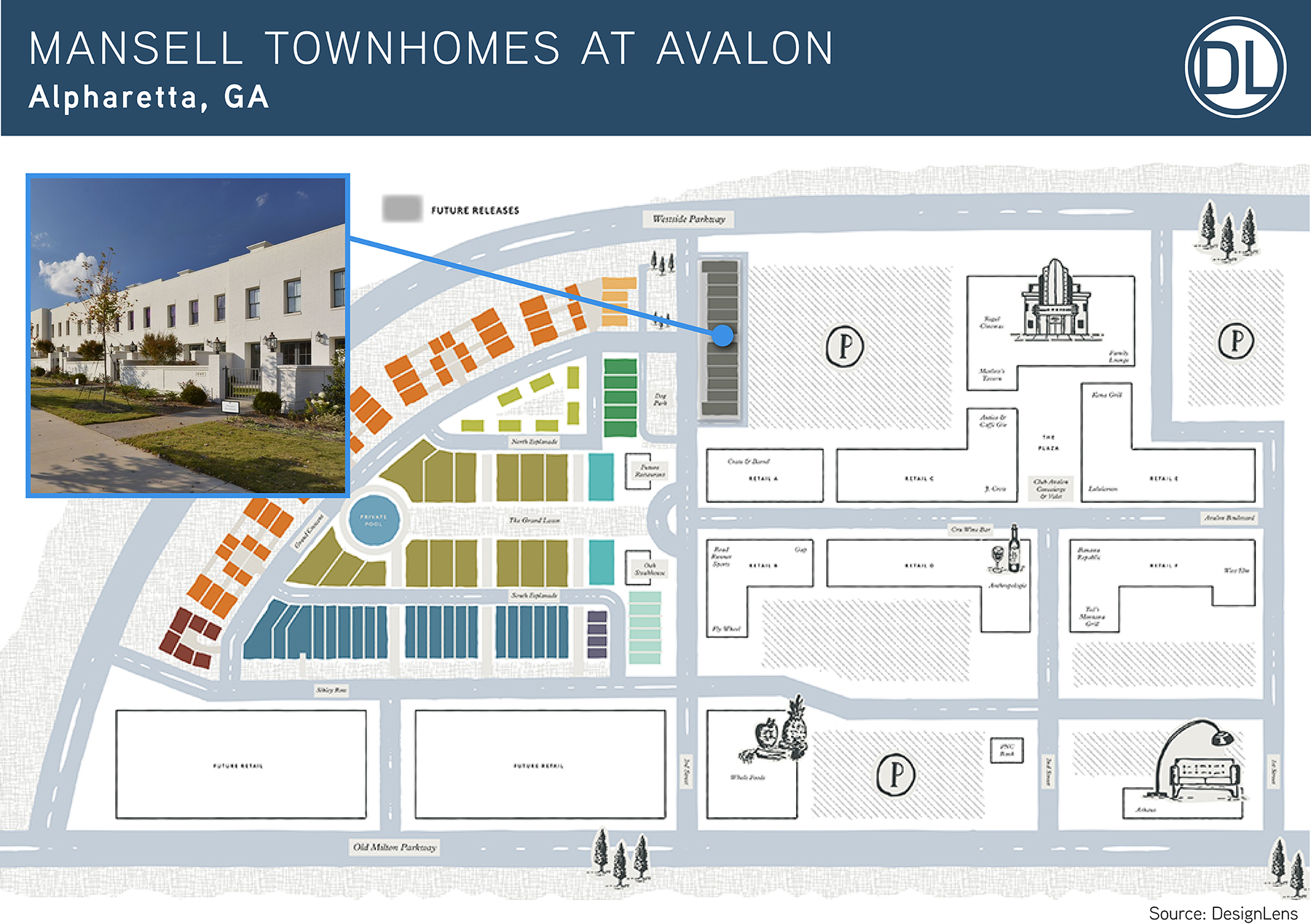 As John Burns and Chris Porter note in Big Shifts Ahead, “The suburbs altered the American landscape—literally, socially, and economically.” Now, surban areas will do the same. As a higher premium on experiences and activities increases the appeal of urban areas, and life stage and price concerns pull people to the suburbs, people will continue to desire the perks of urban living in suburban environments.

If you are planning a new community or want to take advantage of the shifting housing landscape, please contact our consulting leaders.